While all the work is going on inside the house, on the outside of the house the Drainman team are busy digging large trenches around the exterior of the new house so the drainage, sewerage and power can be laid.

This task is often done at the beginning of the building process as it creates such a mess, however we live on Moutere clay which is almost impossible to work on when the soil is bare and wet and given it was all in grass at the start of the build, it was decided to leave it to the last minute to make life easier for all.

I think this was a good decision as the places which were not in grass or gravel caused a lot of problems, with cars and trucks stuck, and Mel and I having turns at slipping over.  We ended up building walkways around the gnome area and part of the exterior of the house using left over floor and ceiling panels.  Anyway, I digress.

The trenches in front of the house blocked all access in and out as piles of clay are stacked high. 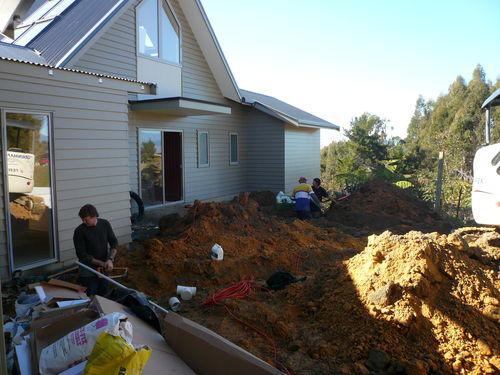 There were trenches around all 4 sides of the house and even the clothes line had to be moved as it was in the way. 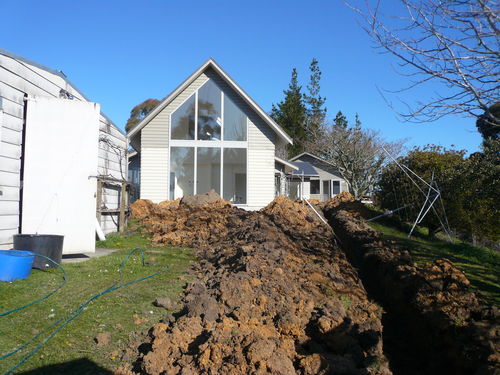 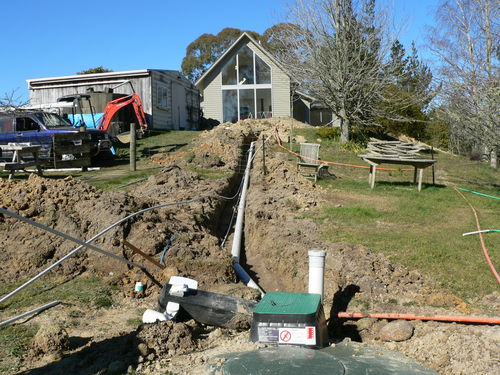