The rain just keeps on coming but the builders keep on working.  The James Hardie Linear cladding is now on and all the external doors and windows are installed with the exception of the garage doors.   It looks like a real house now and cant wait to move in.

Some of the windows were so heavy that it took 5 people to lift them into place.  There have been a few hiccups with the windows with one made too big, one made too small and the centre window in the living area was made with the peak off centre which looked really funny lol.


The living area is 7 metres at the highest point with bi-fold doors on the east and west side of the house and a really big church like window facing north.  This space feels really light and airy compared to the old living space that was in the southwest corner of the house. 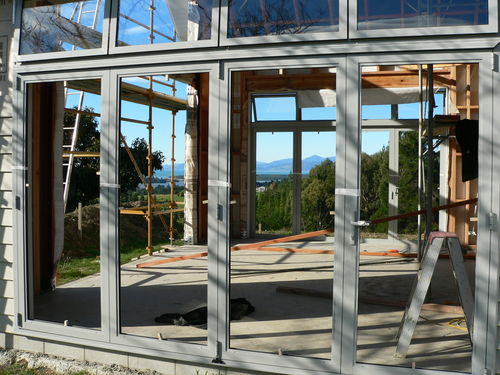 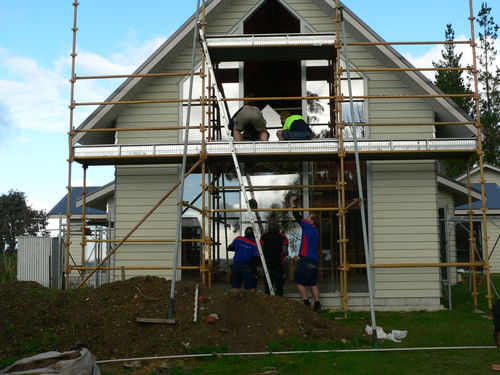 The kitchen has a large sliding window which allows for the use of the kitchen bench from inside and out.  This window was rather tight and took a little brut force to get it into place 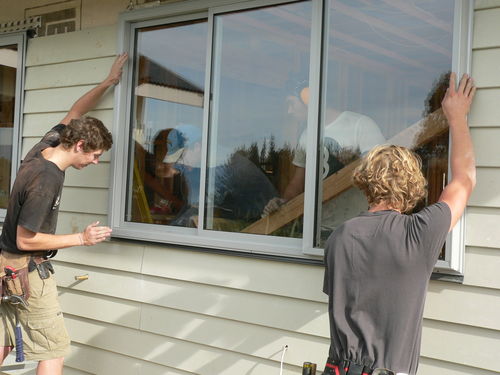 It is so nice to have the external walls on and the building water tight. 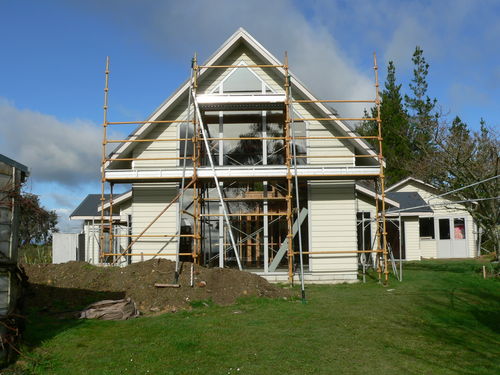 and to be able to walk through the front door 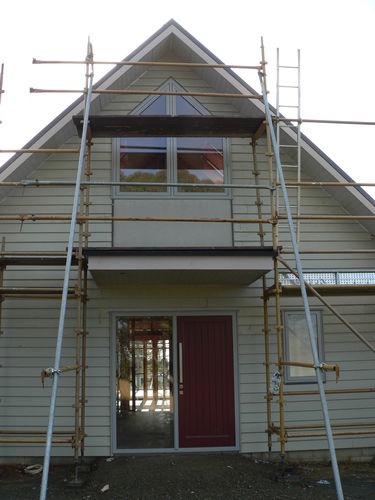 The kitchen people have been to do the measure up and start making the kitchen this week.  We have chosen all the bathroom fittings, Kitchen joinery colours, kitchen appliances, carpets, tiles and paint colours.  Not without hiccups.

Speed bumps along the way

I know there will be another one just around the corner.

More photos can be found in the photo gallery