Part 2 - takes us to the compeletion of the floor.  According to Raymond (the builder), he has never known a floor to take so long to be completed.  It is the stage in the building process that you are most likely to strike problems and of course we did!

Any non compacted soil, old concrete piles and top soil had to be be removed from within the building area (blocked walls).  The garage was turned into a swimming pool as the engineer requested Ryan (the digger driver) to remove more and more soil.  The egineer found the original soil level of the soil in the garage area about a metre down which he thought would have been covered over 60 years ago. 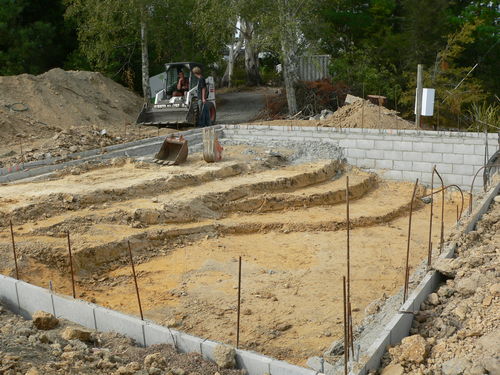 Next the hardfill was brought in and the building area filled and compacted.  Truck after truck of hardfil came and went as they set to work filling the swimming pool in the garage and the diving pool in the master bedroom. 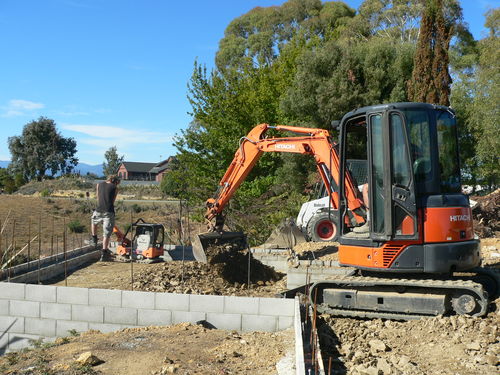 A layer of crusher dust is put over the hardfill black and leveled.

They get the whole site covered with crusher dust and leveled then along comes the plumber to put his pipes in and digs a big hole and messes it all up again. 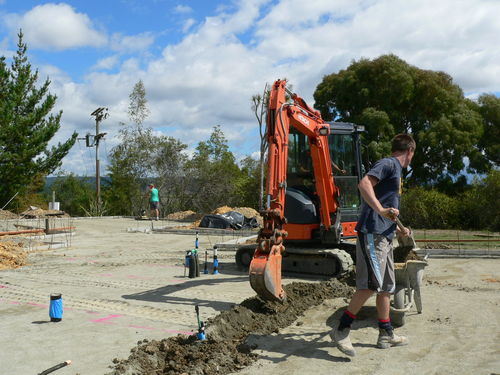 Black polyurthene covered the building area and then to help keep the warmth in polysterene is layed on top of the polyurthene followed by the wire mesh. 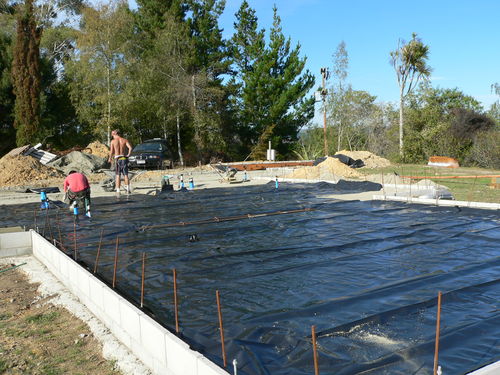 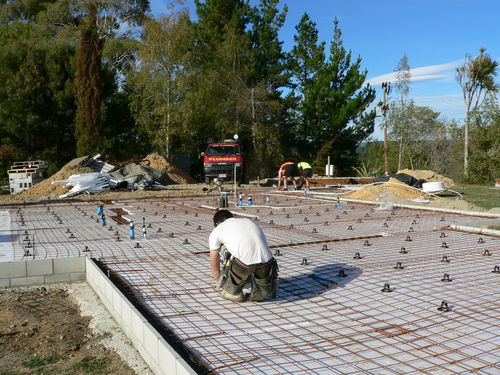 We decided to put underfloor heating in but we are not connecting the pipes to a heat sorce.  We don't think we will need it, but cannot put it in after the fact and foreigners who like to buy in this area like houses with it in it. 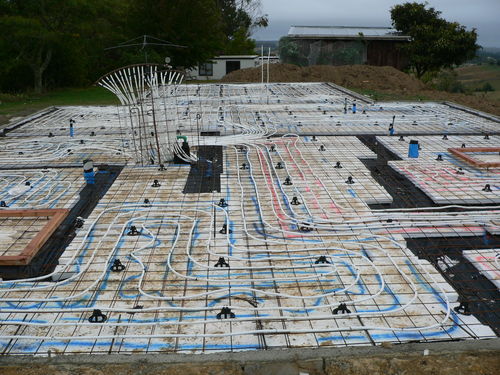 Finally we can pour the concrete and sadly I wasn't here to see it happen.  As I was leaving for the airport at 7am in the morning the concrete trucks moved into the driveway.  Mel got back in time thou to takes some photos. 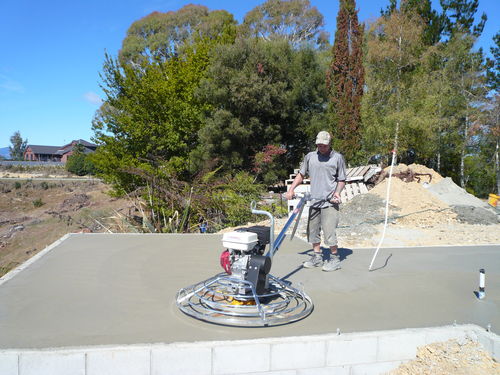 More photos can be found in the photo gallery.  Which for the next update  - the framing and trusses.