As you walk the streets of Barcelona you see books called "Barcelona - Gaudi's City" and that fairly much sums it up!  Barcelona would not be the city it is without Gaudi's buildings and the buildings that have been influenced by his designs.

There are so many beautifully weird and interesting buildings - we visit just 3 of Gaudi's designs - all of which I love for different reasons: 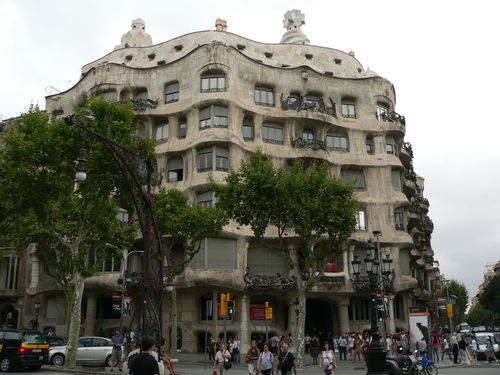 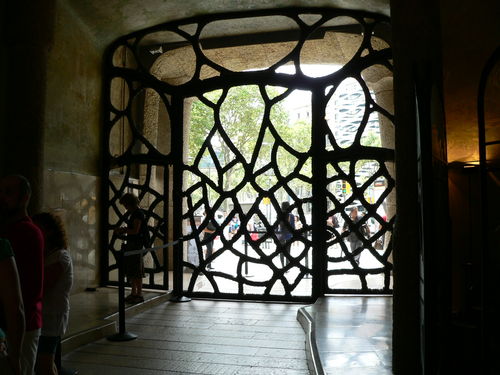 and in one lobby a colourful mural on the ceiling 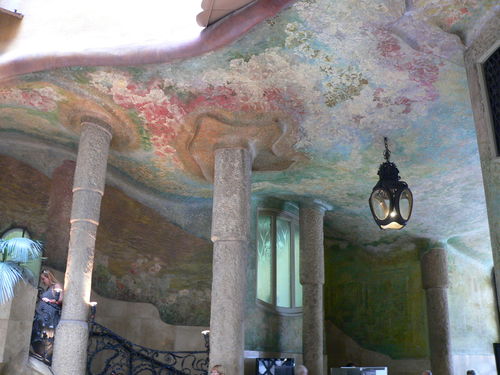 We huffed and puffed our way up the stairs to the roof top only to find there is a lift up which we could have used!  The rooftop of this building looks like something out of a sci-fi movie...it makes you wonder if the person who invented Darth Vader visited here.

Even the roof top curves its way up and down, thru unusual arches and around unusual shaped stairs, building vents and chimneys. 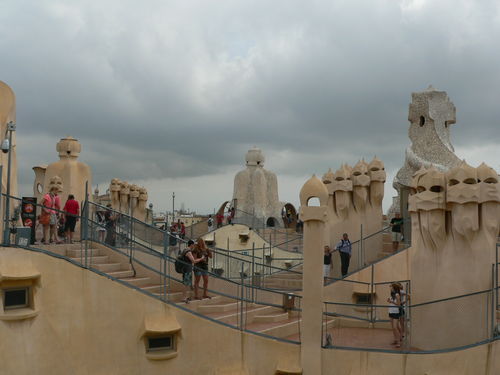 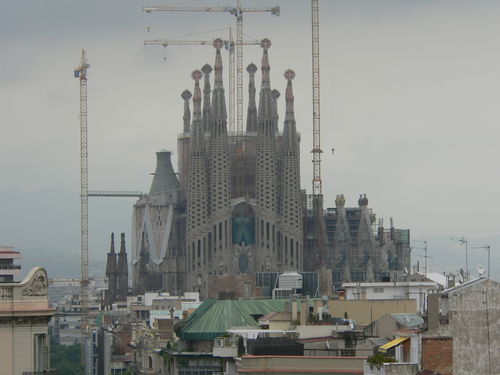 We visit one apartment inside the building that has been kept in the original period.  Check out the device above the bath! 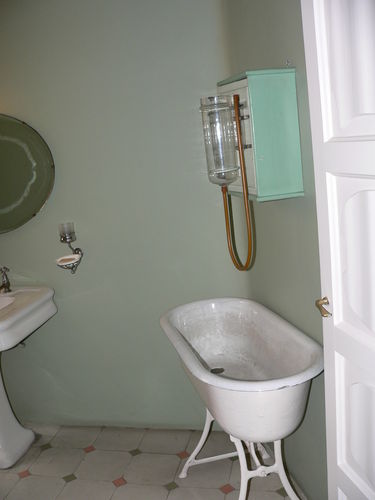 Gaudi took a traditional building and transformed it into one of his special works!  With a new facade 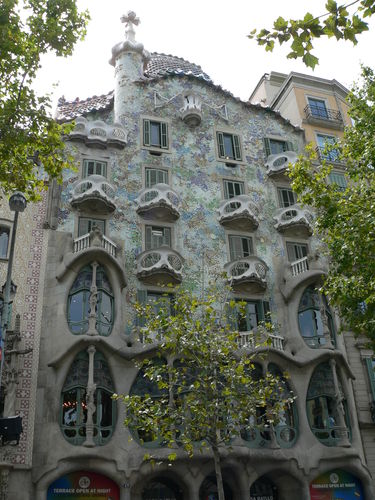 The rooftop has a brightly coloured mosaic dragon 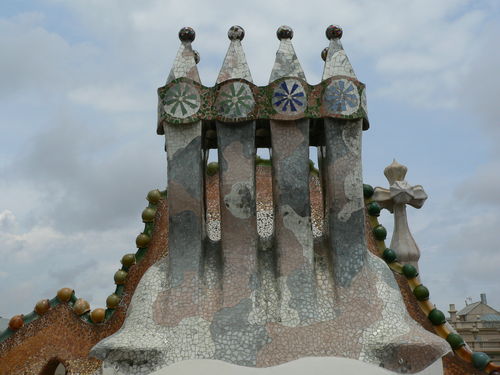 The internal courtyard walls were lined with blue mosaic walls which got darker as you reached the top of the building and cool wooden window frames with wooden louvers to create ventilation. 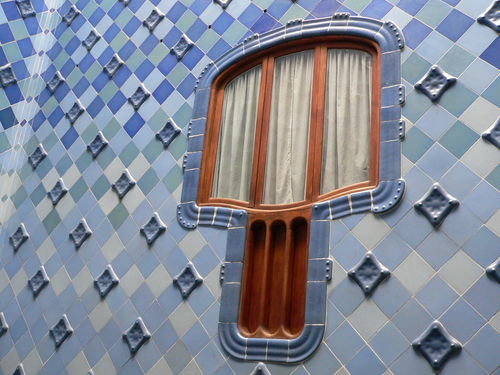 We visited the inside of an apartment which was just as amazing in decor as the exterior.  With a cool fireplace, 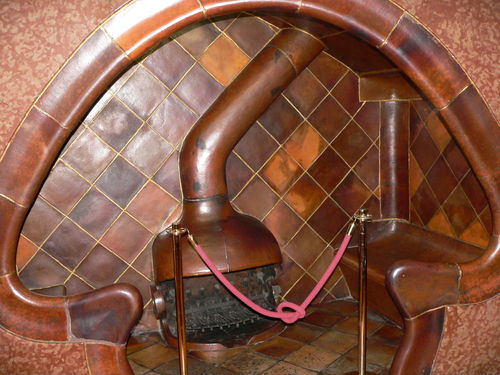 and cool doors just to name a few 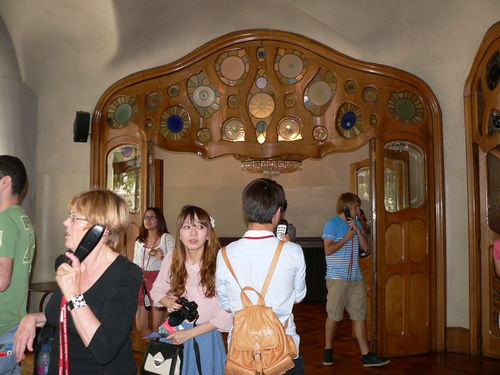 This has to be the most famous of all Gaudi's buildings.  They are still building it today!  Each of the four sides are unique.  They vary from the extremely religious 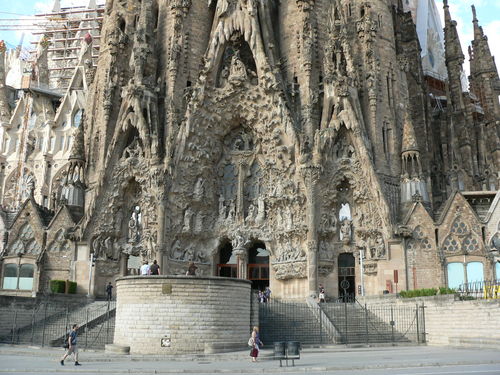 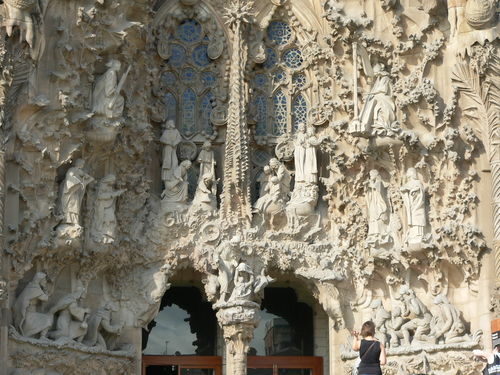 to the more modern entrance with statues which could be mistaken for Star Wars characters. 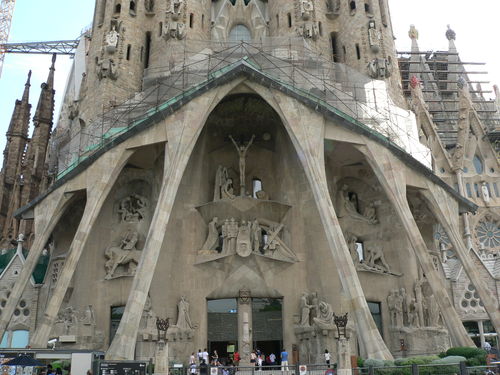 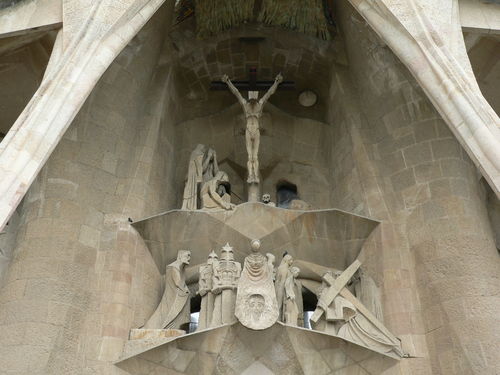 The interior has the most amazing tall columns with very modern animal characters, 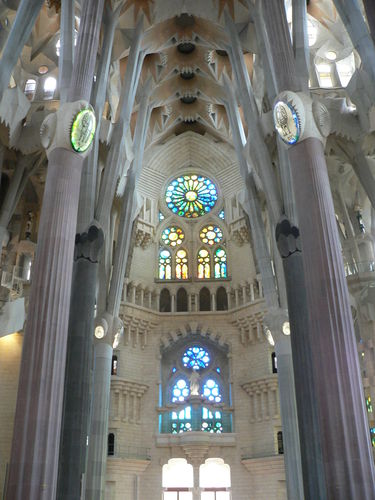 the ceiling is like a beautiful bouquet of flowers 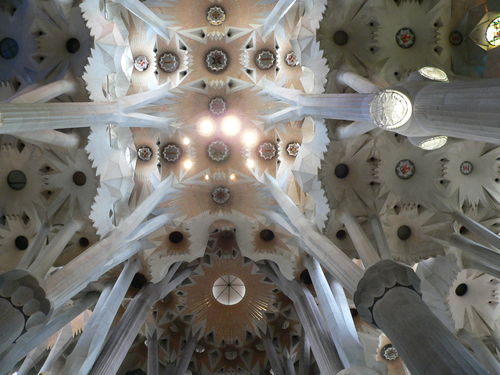 and the alter is very modern 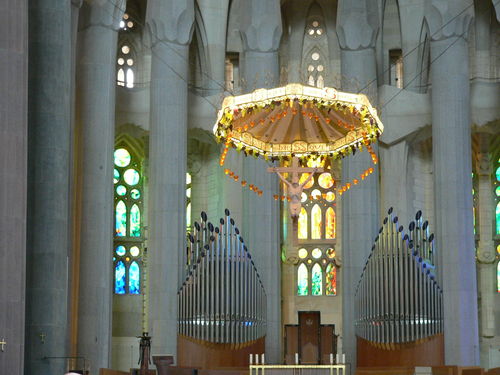 I visited the Sagrada Familia in 1992 and the interior has changed dramatically in 2011.  There is an exhibition in a side gallery which explains the influences on Gaudi in his design and helps you really understand where he was coming from when he designed this extraordinary building.  There are parts of the building which I don't like but other parts that just memorised me.  Truly magnificent!

You will find more photos in the photo gallery.