While I was in Spain in July soaking up the heat, the snow fell for the first time in 25 years in the Nelson region.  Rongomai Ridge went white for a day or two!

It wasn't a lot of snow like they get in other areas of the country in winter...but it was snow!  It was a shame to miss it as the area looked quite beautiful with snow on the ground. 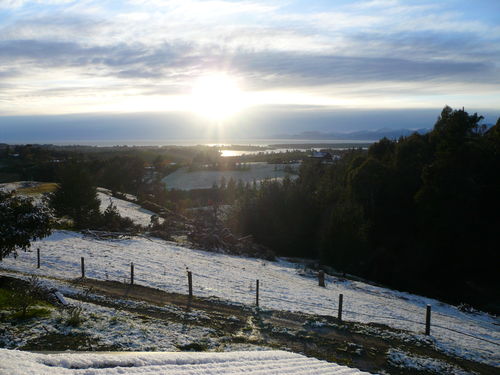 Yofi was not so sure about it and Bailey ventured out once or twice. 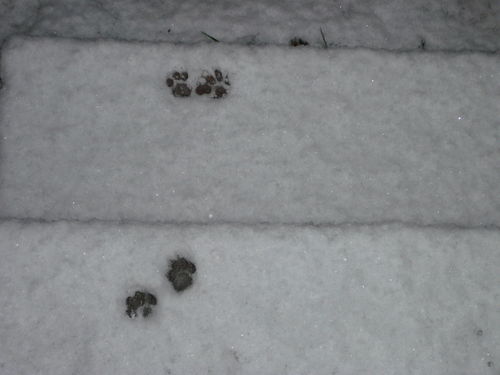 It was a treacherous trip for Mel to the toiet and living block from the bedroom.   Mel was a little dismayed to hear that it was 40 degrees in Spain whilst she was freezing her butt off at home. 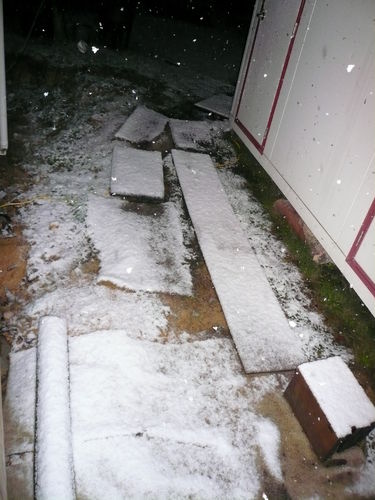 Thankfully we won't have to worry about that now that we are in the new house. More photos can be found in the photo gallery